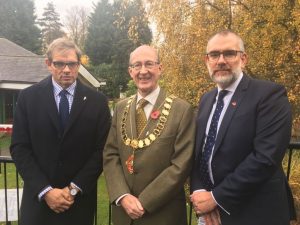 Every year we hold an Armistice Day event and this year we were delighted to welcome a number of distinguished guests including Councillor Hogarth, Mayor of Sevenoaks, the ‘There But Not There’ artist Martin Barraud and a number of service personnel both serving and retired, including a D Day Veteran Mr Pat Moore.

The New Beacon tragically lost 37 Old Beaconians in WW1. Siegfried Sassoon is a former pupil of the school, as was Hamo, his brother who died in Gallipoli in November 1915. Our pupils are very aware of the heritage of The New Beacon and we have a particular affiliation with the ‘There But Not There’ project as the creator of these meaningful figures, Martin Barraud, is himself an Old Boy of our School and he attended this remembrance event.

We celebrated the award of four silhouettes funded by the Armed Forces Covenant Fund Trust. Each one representing a group of Old Beaconians who sacrificed their lives in WW1. The award was made under the Armistice and Armed Forces Communities programme, which makes awards to bring communities together to remember; and to think about the Armed Forces today. These poignant figures have now taken their place in our Chapel where they will sit silently amongst the congregation.

On Friday 9 November the whole school (pupils, 4-13, and staff – over 400 people) plus our guests lined up on our playing fields in front of our flagpole for the traditional act of remembrance. Each of our pupils had previously painted a pebble in memory of those who died in WW1 and these were displayed in a 100 formation as a visual reference for the day. We then held a service in our New Beacon Centre where we were treated to some accomplished singing by our boys.  A very moving part of the service came when 37 of our Year 8 boys read out the name, regiment, date and place of death of the 37 Old Beaconians who were lost in WW1. 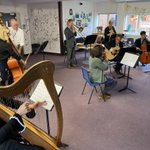 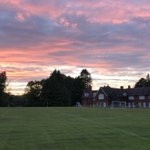 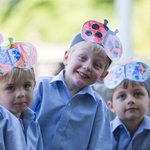