Open for business – remotely!
We do hope that all our pupils are enjoying their remote learning. For our current parents please refer to the useful documents which we have placed in the Parents area. You will need to use the normal password. These documents include the study timetables for each year group click here.

For all our prospective parents, sadly we have had to cancel our upcoming Open Days but we invite you to correspond with our Registrar Alison Harrison initially via email registrar@newbeacon.org.uk with a view to setting up a virtual meeting. Please click here to complete our booking form and Alison will be happy to call you back.

Our Headmaster Mr Piercy would like to take the opportunity to speak with you via video call and he could offer you a mini guided tour of some of our facilities. You will also be able to ask any questions that you may have regarding your child’s education at The New Beacon.

As soon as we are allowed to open the School once more we will resume our normal procedure for prospective parents. This would allow you to book an individual tour and meeting with the Headmaster or take part in one of our group open days.

We do hope to see you at The New Beacon soon. If you have any questions please feel free to email registrar@newbeacon.org.uk

World War One Commemoration in 4RT 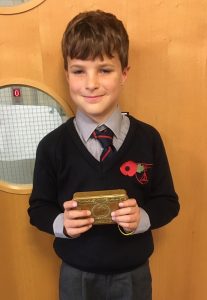 Leading up to the 100 year anniversary of the Armistice being signed, the boys in 4RT did some research on World War One and created a display board in the Junior School, along with the other classes in the building. Some of the boys were able to share stories of relatives in their own families who had fought in the war.

James brought into school a wonderful historical artefact which is important in his family. It is a metal Princess Mary gift box, thousands of which were sent by Princess Mary to the front, containing small comforts from home. Inside the beautiful box there was still the Christmas card from the Princess and a small book containing verses from the bible to give the men on the battlefield comfort during the terrible fighting. This is the extraordinary information that James wrote to tell us about the history of the box and th 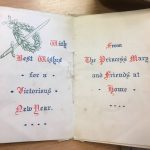 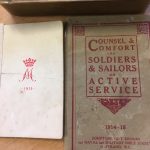 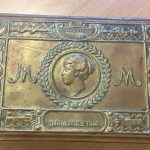 e person to whom it was given.
The Princess Mary gift box was given to my Great, Great Grandfather, who was called Reginald Orme Massey. He was a private in the Leicestershire Yeomanry. He was a farmers’ son who went to war in 1914, at the age of 19, riding his own horse. Sadly this horse was killed whilst saving Private Massey’s life. When under fire, he dismounted on the right hand side instead of the usual left, and the horse took the shot.
Thank you, James, for sharing the story with us.

We thought you might like a little half term challenge so Mrs B-D has kindly made this video available on...

The Year 3 boys have been using their Lockdown time to learn a new skill. Some have been changing their...

We are pleased to announce that we now have a YouTube channel please visit it here. We post regularly to... 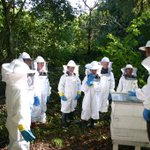 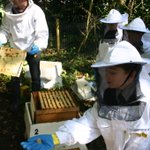 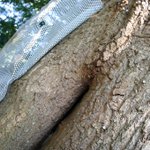 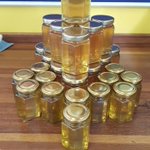