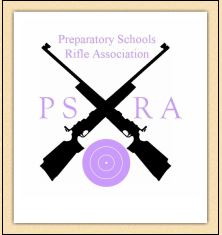 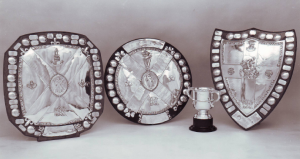 It gives me much pleasure to announce that The New Beacon has won the Hammond Cup for the first time, coming 1st , 2nd=, 13th and 15th.

The Hammond Cup is a national 0.22 calibre 25 m supported competition for teams of 4 held every term for boys & girls. The cup is named after the PSRA’s (Prep School Rifle Association) President, who is a 4 time Commonwealth medal winner, a former World Champion in the discipline and currently a coach for Virginia University (USA).

Over 20 schools entered teams into the PSRA 0.22 competition this term including Aldro, Dean Close Jnr, Wellesley House, Daneshill & George Abbott in addition to the schools shown in the top 12 below.

A good victory for the boys – I am sure they will be delighted and will take some pleasure in noting that this time they beat St Andrew’s and Holmewood House (who we lost to convincingly in the shoulder to shoulder unsupported match in Eastbourne last month).

The New Beacon will get the Hammond Cup to display in its trophy cabinet, but we will have to shoot next term by the 2 March in order to retain the cup and I’m confident all the teams will do their best.

“Success is not final. Failure is not fatal: It is the courage to continue that counts.” -Winston Churchill. Last week...

There are so many wonderful records of things that have been happening both in school and via remote learning over...

We are delighted to share the wonderful pieces of art created my our Middle and Senior School boys who explored...

A talented team of pupils, parents and teachers from The New Beacon sing Reach For The Stars they had great fun making this - enjoy https://t.co/1Yniw70Nz7 via @YouTube thank you @SClub7 @My_T_Wells @SevenoaksMums @7oaksSports @MumsnetKent #talent #Singing #NewBeaconAtHome