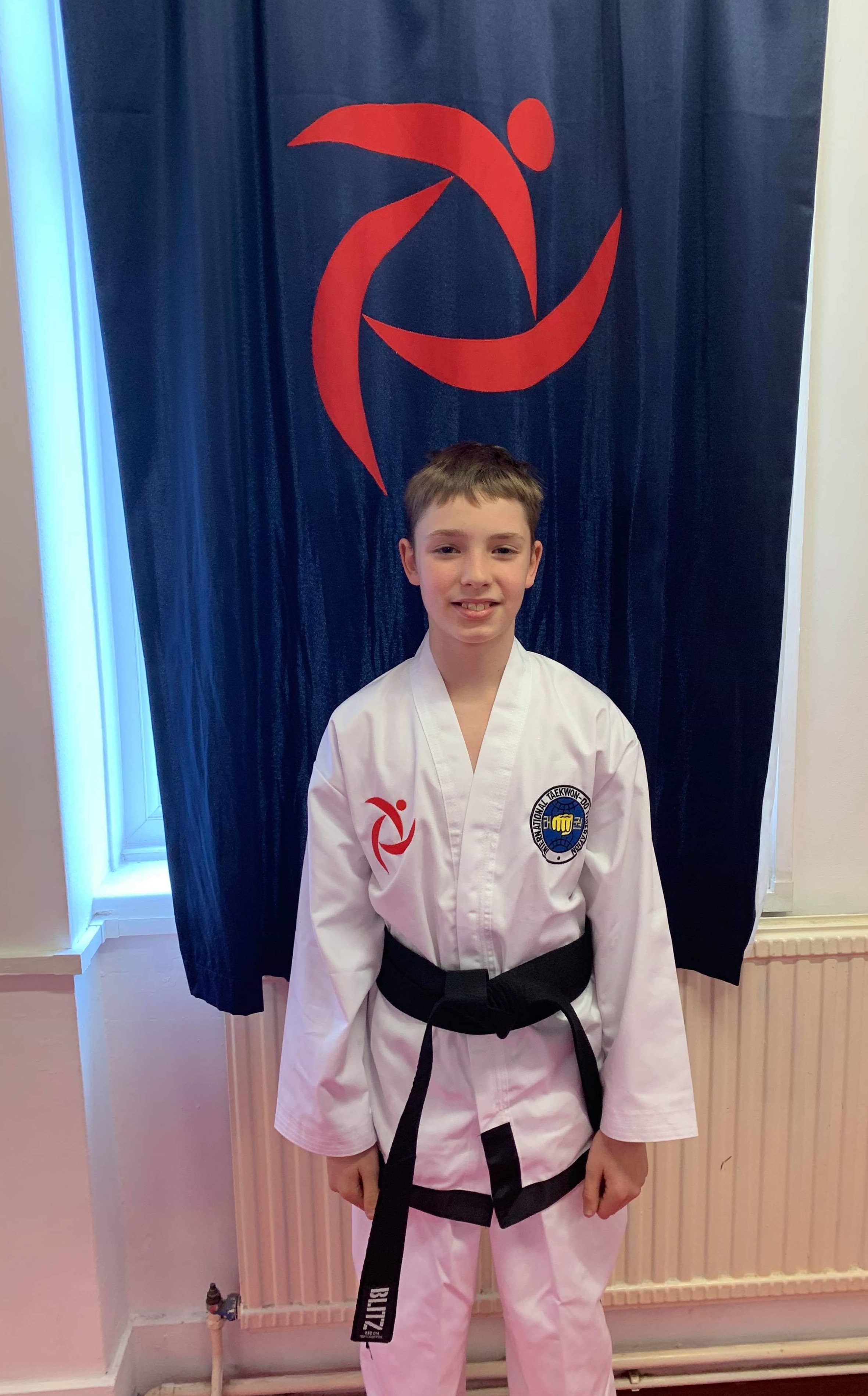 On April 7, Luke (7C) took his black belt grading for Taekwondo.  It took place at Lingfield Notre-Dame Prep School, and began with a 45 minute written paper on all aspects of the art/sport (including translation from martial Korean) at 0900.  This was followed by a two-hour refresher seminar before the grading proper started.

He had to demonstrate proficiency in nine patterns (rehearsed sequences of moves), “one-step” sparring (which is blocking and dodging attacks with a clinical counter-attack), one-on-one sparring, two-on-one sparring (which is slightly more scientific than just running away, which is certainly my approach of choice!), self-defence escapes from holds, and power tests culminating in breaking wooden boards with his hands and feet.
In all the gruelling day lasted nine and a quarter hours, and whilst he was not being assessed for every minute of that (as others had to step up for their moment in the spotlight) he had to keep his concentration and energy up throughout.

We found out on the 10th that he had been successful, and is now a first degree black belt.  We also know that not everyone was successful, so this exercise is no formality.