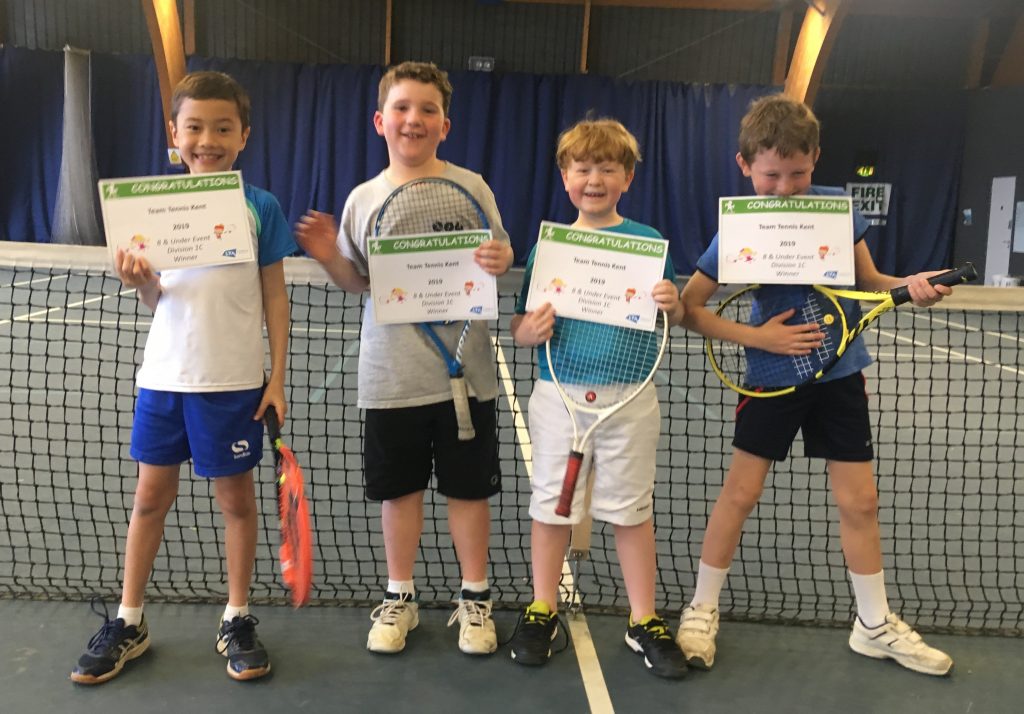 Four New Beacon Year 3 boys made up a team for Sevenoaks in an 8U Kent Team Tennis competition that took place in Bromley on 11 May.

The team comprising Theo, Daniel, Oliver and Alex won their first two matches against Avenue Tennis and Shooters Hill convincingly 5-1 and 6-0 to set up their match against Park Langley as a decider for who would win their Division. Some great tennis followed in the singles and after some closely fought games, Sevenoaks were ahead 3-1 after the singles, meaning they needed to win one of their doubles to win the division. Again after some very competitive tennis, Theo and Daniel won their doubles to seal a 4-2 victory against Park Langley and win their Division.