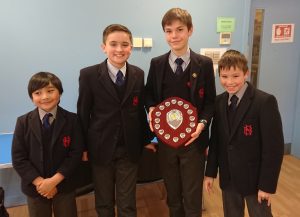 On 29 April, our General Knowledge Quiz Team travelled to Rochester to contest the final of the regional Rowland Constantine Shield. Along with five other schools it was a closely and hard fought contest with the teams contesting rounds from ‘Shapes’ to ‘Science and Nature’, ‘World Heritage Sites’ to ‘National Gallery Paintings’. The lead changed many times throughout and the competition ended with New Beacon tied for first place with Hilden Grange – our third win in three years! Congratulations to our super team: Adi, William, Sammy and Louis.

Here are some to try:

Without competitive fixtures this term, the boys from Year 3 to Year 8 took part in a Company football tournament....

Due to Covid… there have been changes down the range too. Unfortunately the guidelines have affected all of Year 6... 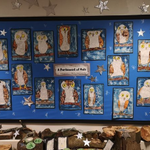 End of the football season @thenewbeacon Sean and James moving the goalposts. Something to which we have become accustomed! 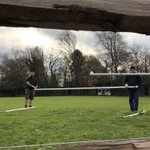