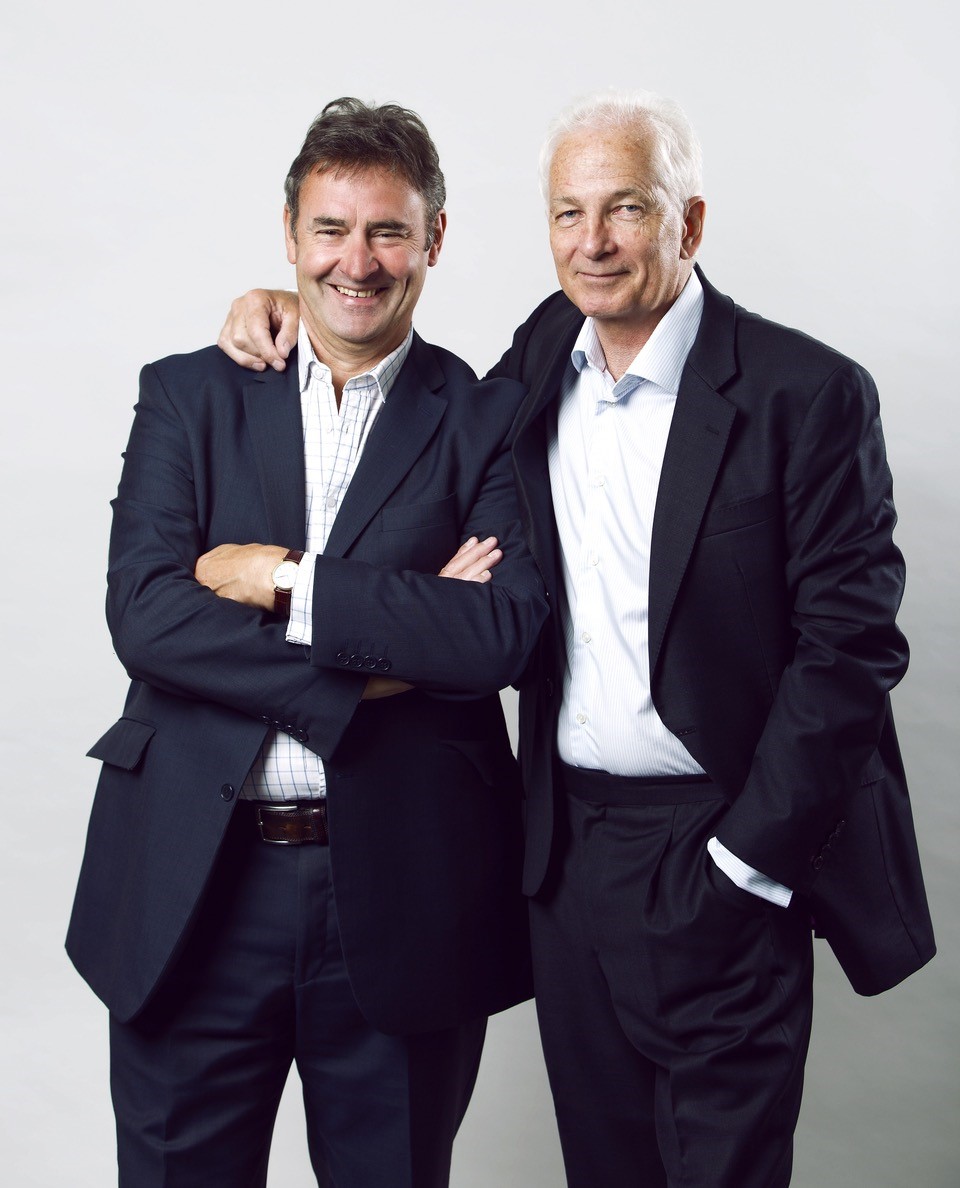 We are delighted to announce that The New Beacon will be hosting a charity dinner and an audience with two cricket greats – David Gower OBE and Chris Cowdrey.

David Gower and Chris Cowdrey have been close friends since 1976 when they toured the West Indies with Young England. It was a victorious tour under Cowdrey’s captaincy. They were reunited on the field in 1984 when roles were reversed and Gower led England to a series win in India and Cowdrey played all 5 Tests.

David Gower played 117 Test Matches for England scoring 8,231 runs and also a further 114 One Day Internationals. Perhaps the most graceful and loved player that England has ever had and for decades he has been the face of cricket as the Lead Presenter and commentator on Sky television…A man well remembered for flying a Tiger Moth over the ground of an England match he was actually playing in!

Chris Cowdrey and his father Lord (Colin) Cowdrey were only the second father and son to captain England. Chris was Kent Captain for six years from 1985 and with his brother Graham there was a Cowdrey on the Kent team sheet for 48 consecutive years. In 1988 he was appointed England Captain against the West Indies at Headingley. He is now much in demand as an After-Dinner speaker and Master of Ceremonies where his humour delights audiences.

The ticket price includes a welcome drink, delicious 3 course dinner, coffee/tea and plenty of funny anecdotes from David and Chris. There will also be a paying bar. Dress code is Black Tie. The timings are 7.30pm arrival and dinner to commence at 8pm.

Please note profits from the evening will be distributed to the MCC Foundation and will also fund places with the All Stars Cricket programme.

Come witness a first-class friendship still going strong after more than 40 years. From schoolboy beginnings to Ashes winning innings, David and Chris have seen it all together. Expect a fun-filled, laugh a minute show packed with anecdotes from the two pals whose lives are arguably rooted in the history of cricket more than anyone else today.