My visit to The Royal Observatory, Greenwich

Leo, 4GH
On Wednesday 9 October I went to the Royal Observatory at Greenwich with all of Year 4. I was very happy about this, as I used to live in Greenwich and have visited the Observatory before, with my Mummy and brother.
The most exciting moment for me was flying on a giant plastic circle which was as wide as I am tall.
This circle was orange and brown. It hovered shakily about six centimetres above the ground. I sat in the middle of it, holding lightly onto two white leaf blowers. I felt like an astronaut!
I really enjoyed watching a dark show of space above our seats. We were tilted backwards looking at stars and planets on the ceiling while people talked about them.
I learned that Saturn has more moons than Jupiter which has seventy-nine.

Tom, 4CM:
When we arrived at the Royal Observatory, the first thing that we did was to watch a slide show all about our solar system and how far the planets are from the Earth. We also learnt about the Exo planets which are planets which orbit the stars.
After that they showed a demonstration about the law from Sir Isaac Newton which is that for every force there is an equal and opposite force.
Then we had lunch next to the planetarium that I really enjoyed because we had a great view of London.
The next activity was in the planetarium where we sat in seats under a dome roof onto which they projected pictures of space. At the start of it, the lady slowly dimmed the lights and it turned pitch black until the projector turned on and it showed all the planets and moons and other galaxies with all the harsh conditions of space.
This trip really inspired me to learn more about astronomy and taught me a lot about space.

Oliver, 4CS:
We travelled to Greenwich Observatory by coach.  My favourite things about the trip were going to the Planetarium and taking part in the workshop.
The Planetarium has a white domed roof and tilted cinema seats.  When the lights dimmed, the projector lit up the domed roof with incredible images.  My favourite image was of a black hole devouring a planet.  Did you know that Einstein thought there may be white holes?  These are the complete opposite of black holes.  I also liked seeing a space ship of the future.  It looked like it had bubbles coming out of it.  I think it should be called a bubble ship.
The workshop was fascinating and fun.  The highlight was when Kirin floated in the air!  I also loved hearing that you could play table tennis in space with water and a bat. 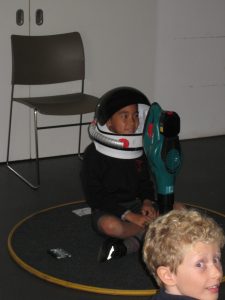 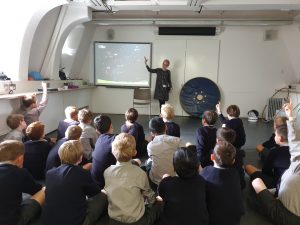 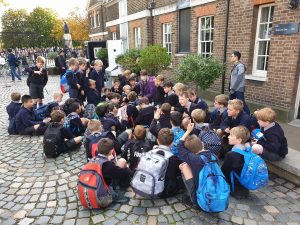 In support of their Geography work on compass directions and map work, Year 2 boys will be visiting Knole Park...

On Wednesday 22 June, Year 2 will be going on a trip to Stonepitts Strawberry Farm in Seal Chart. As...

We are looking forward to taking the boys on the PGL trip in July. Please follow the link below for...

@GoodSchoolsUK Flexi, part or weekly: the best of every world. Time with friends, developing independence and appreciation of family when at home!