After qualifying in the regional heats of the British Modern Biathlon Championships, Charlie (5B) travelled to Nottingham on Saturday 23 November to compete in the National Finals. This involved an 800m run and a 50m freestyle swim, in which Charlie achieved a new personal best time.
Charlie put in a strong performance and won the event to become the Under 10 Boys National Champion, improving one position from his finishing position last year .

Thursday, 24 June 2021 We would like to give you further details of GRANDPARENTS’ AFTERNOON which will take place on...

25 September 2021 We are delighted to announce the details for the 2021 NBPA parents and staff Masquerade Ball to...

To wrap up Science Week, the Junior School gathered on the Lower to see a rocket launch! As you can...

Great to see the boys back in school today and of course the girls in our Nursery too. Looking forward to a fantastic summer term @HMnewbeacon @GoodSchoolsUK @iapsuk 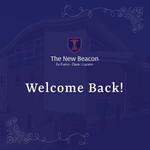