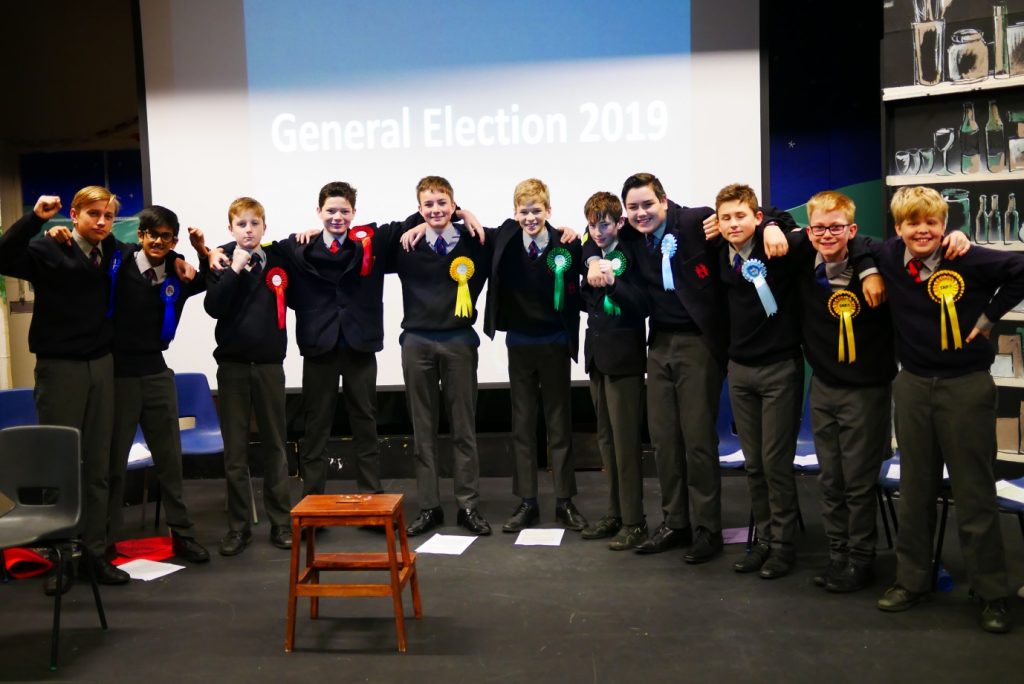 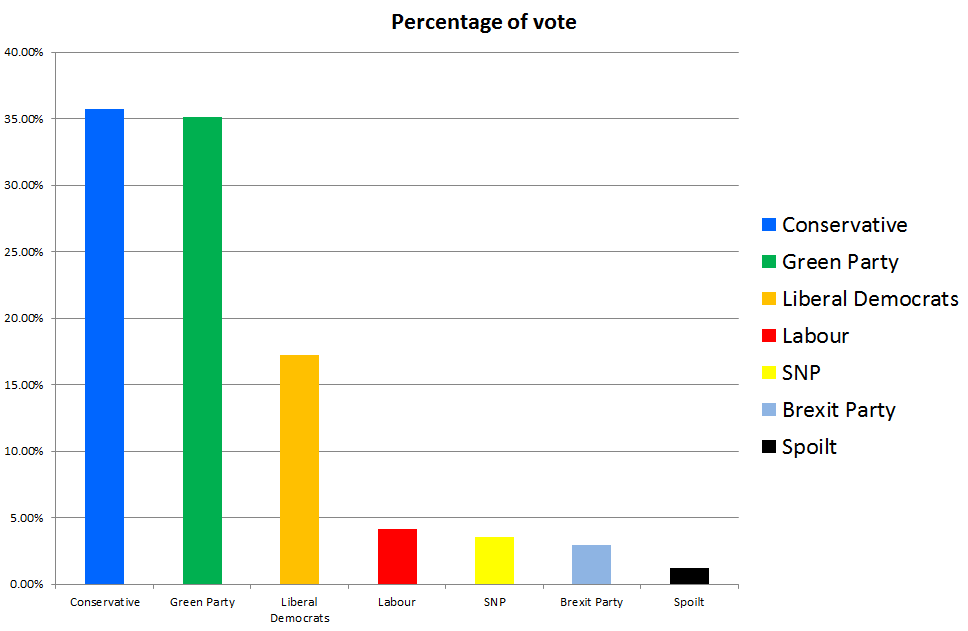 On Thursday 5 December, one week before the General Election itself, the Middle and Senior School held their own election. On Thursday morning, a hustings was held for the Middle and Senior School. Mr Vincent gave a presentation on the political system in the United Kingdom and this was followed by eleven Year 8 boys presenting the policies of six political parties to their peers. The parties represented were the Conservatives, Labour, Liberal Democrats, Green Party, Brexit Party and the SNP.

Number of votes (Percentage of votes)

Leo, formerly of @thenewbeacon, a talented young man but this skill news to me. Keep your eye on the road, Leo! https://t.co/inKnDt7BF5