The U13 Sevens squad participated in the Hudson Cup at Yardley Court recently and even though the team only managed to win two of the six fixtures, they certainly did not disgrace themselves. This tournament, as always is rather taxing and fitness levels are tested to the maximum. A slipped tackle almost always proves costly and only in one of the matches did the tackling let us down. Oddly enough one of the best performances of the afternoon was the encounter against a very strong and well-drilled Windlesham House team where we lost 3 – 0. The boys were magnificent in defeat, restricting the opposition to two tries in the first half and only one after the break. This was due to a sound defensive line, almost always in position and some brave tackles. I commend the boys for their never-say-die attitude. We wish the three boys who picked up injuries at the festival the very best and hope that they will soon be back on the artificial surface to enjoy their hockey season. To the parents who came out in full force on Saturday; thank you for your amazing support! The results were as follows – PP 6 W 2 L 4 For 17 tries Against 17 tries.  Mr Knipe

Your kind and generous donations were hugely appreciated by the Sevenoaks Lockdown Larder this week. Set up at the start...

Keeping our children engaged in reading is so important in our current climate. Not least because that diving into a...

Hugh and family: 3rd place in the NBPA quiz @thenewbeacon on Saturday. Well done! A lovely community event - thank you to all those who joined and we look forward to the next one 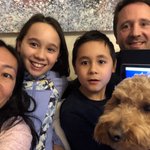 Mornings are discernibly lighter @thenewbeacon Things are looking up! #hope 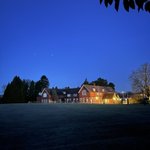