Following our thrilling match on The Vine against ‘Old Oaks’ a new team met on Friday at The New Beacon to play Solefield School.  The weather forecast was not good but, as it turned out the sun shone, the square looked great and The New Beacon first XI square offered a wonderful setting in which to play cricket.

Our captain James Mitchell won the toss and put Solefields into bat.  We saw some excellent bowling and some athleticism in the field with several catches taken and none dropped.   Our wicket keeper Mr Bullock took a sharp stumping as well all resulting in restricting the opposition to 67 runs all out.

It was time to bat and Damien White made a good start before departing on 16.  Scott Moseley made an important innings scoring   25 in short time before retiring undefeated.  I have to mention his most glorious leg side drive for six that sailed well over the boundary.  There was also a valuable contribution from James Mitchel who also retired on 25 scoring rapidly.    Other batsmen also made valuable runs and the team overtook the oppositions score with four overs to go with six wickets down.  Solefields kindly offered to play out the remaining overs which gave some additional batsmen a chance to bat.  It was a joy to see so many families and children all involved in watching  their fathers and then after the match watching the boys playing on the outfield while we (the adults) enjoyed some wonderful food and refreshing drinks/beer/wine.

I would like to thank Sean (our grounds man) for all his work in preparing such an excellent wicket, for marking out an extended boundary and being so encouraging in our discussions.  I would also like to thank Leandra and her team in the kitchen for preparing what was truly amazing food and for Alison Harrison for organising and sourcing the drinks.  Finally I would like to thank all the parents who participated and were supportive. 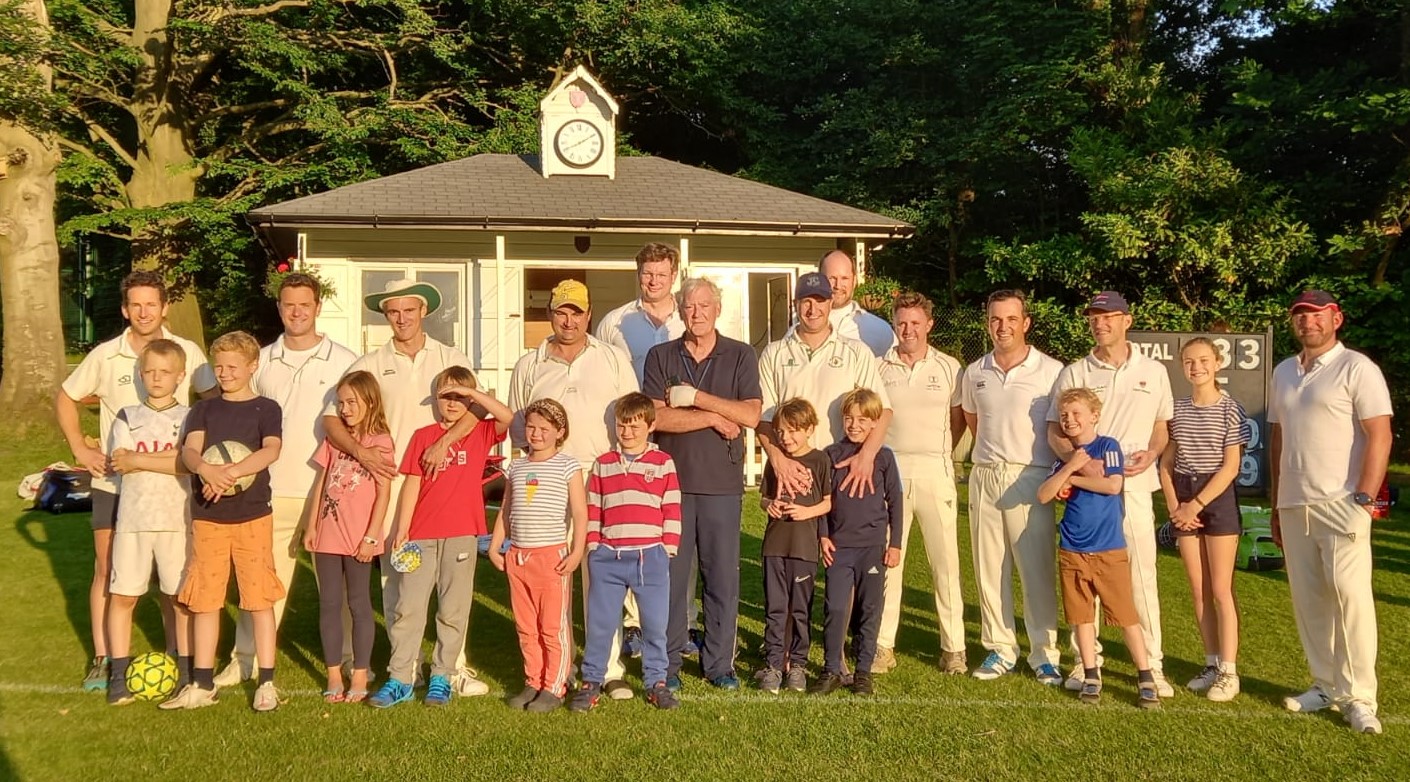