The stage was set.  A perfect summer’s day at Rodmersham Cricket Club with a bouncy track and a billiard table outfield.  New Beacon’s U12s took on Dartford Grammar School in the rescheduled Final of the Kent Schools’ Cricket Cup.  At stake, a place in the Nationals.

The New Beacon lost the toss were asked to field in a shortened T20 game (the Kent games are usually 25 or 30 overs). New Beacon’s Huw, our spinner, opened the bowling and bowled very well to Dartford’s openers with his trademark mixture of leggies and googlies.  At the other end, Joshua H, maintained the consistency and bowled well, keeping the Opposition well in check.  Following this opening salvo, Joshua D bowled with guile and discipline, whilst Will S secured the crucial breakthrough, clipping the stumps of Dartford’s dangerous opening batsman.

At the halfway point, Dartford were struggling at 27 for 1, and with George, Huw and Will piling on the pressure in the middle overs, Dartford never really got away.  Joshua D and Joshua H returned at the death, and restricted the total to 90 for 4, which felt slightly under par. Toby, in challenging conditions, kept like a demon limiting the number of byes providing New Beacon with a crucial advantage.

In reply to Dartford’s 90, Monty and George strode out to face the music, negotiating some challenging opening overs carefully. Monty fell early when he smacked a beautiful drive but unfortunately picked out a fielder, bringing Huw to the crease.  Huw kept the score ticking over with a cut for four and a drive to the cover boundary which was one for the ages.  Huw then fell to a good ball, having scored 15, which brought Luke to the wicket.  With New Beacon under a little pressure, Luke batted beautifully in partnership with George, before being runout selflessly attempting a quick single towards the end.  Ignacio marched to the wicket, attacking immediately and scything the ball for a couple of much needed quick runs.

In the final over, George, benefiting from Mr Dunlop’s expert guidance from the boundary, hit the winning runs with a meaty square cut for 4, ending on 49 not out and carrying his bat. There were four balls to spare.

And so New Beacon emerged victorious with medals and a huge trophy, looking forward to representing Kent in next year’s Nationals.  The team, who have followed Mr Piercy’s mantra of playing “hard but fair”, would like to thank their coaches, Mr Dunlop and Mr Eisaway. 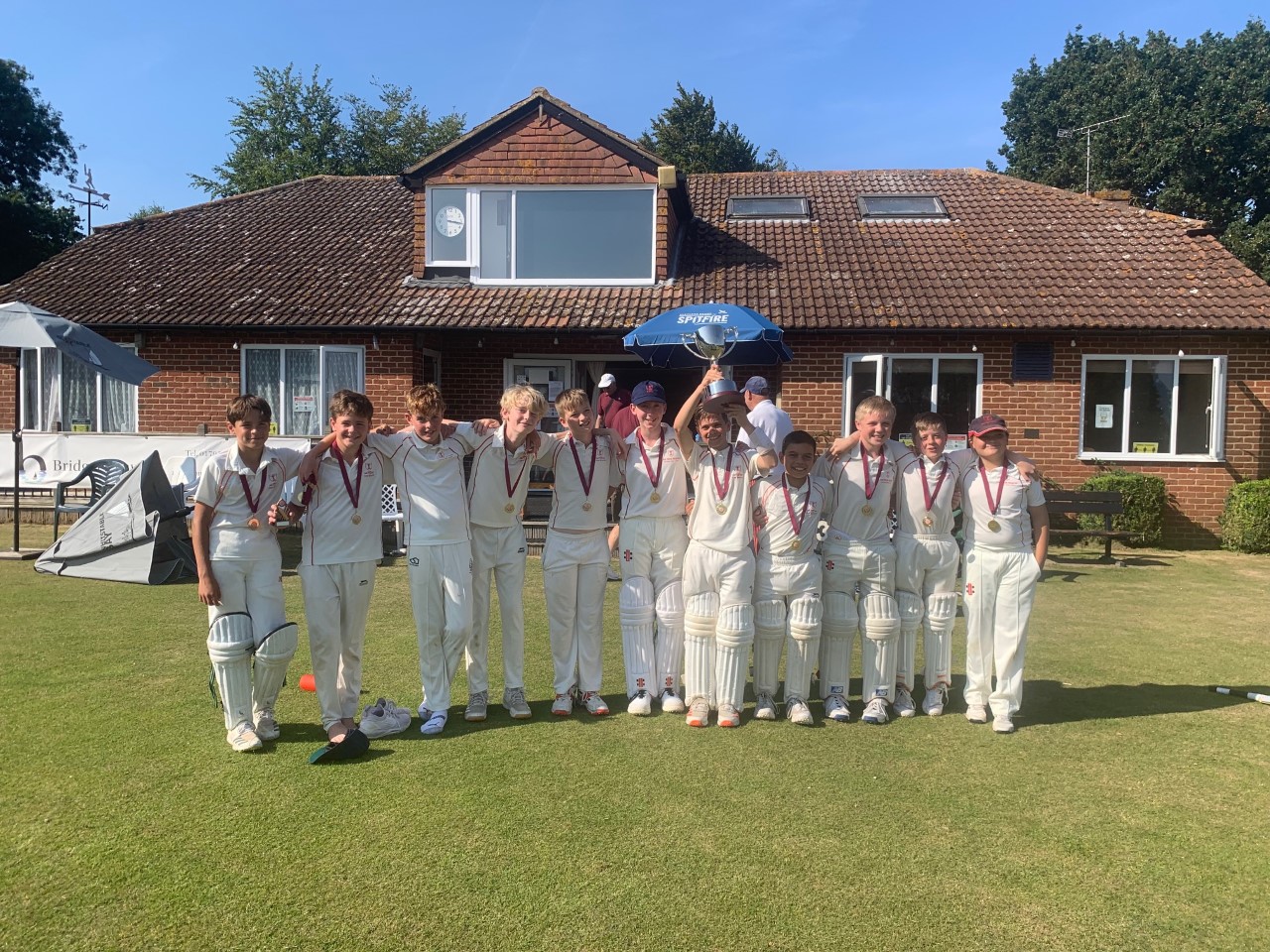 American Jazz Concert at The Barbican

Max C writes:   On Thursday evening we (a group of Y6 and Y7 Choristers from the Chapel Choir) joined...

Quarter Plus Winners for Pre Prep and Junior School

Sarah Brownsdon has been appointed as the next Head of The New Beacon Prep School, with effect from April 2023....